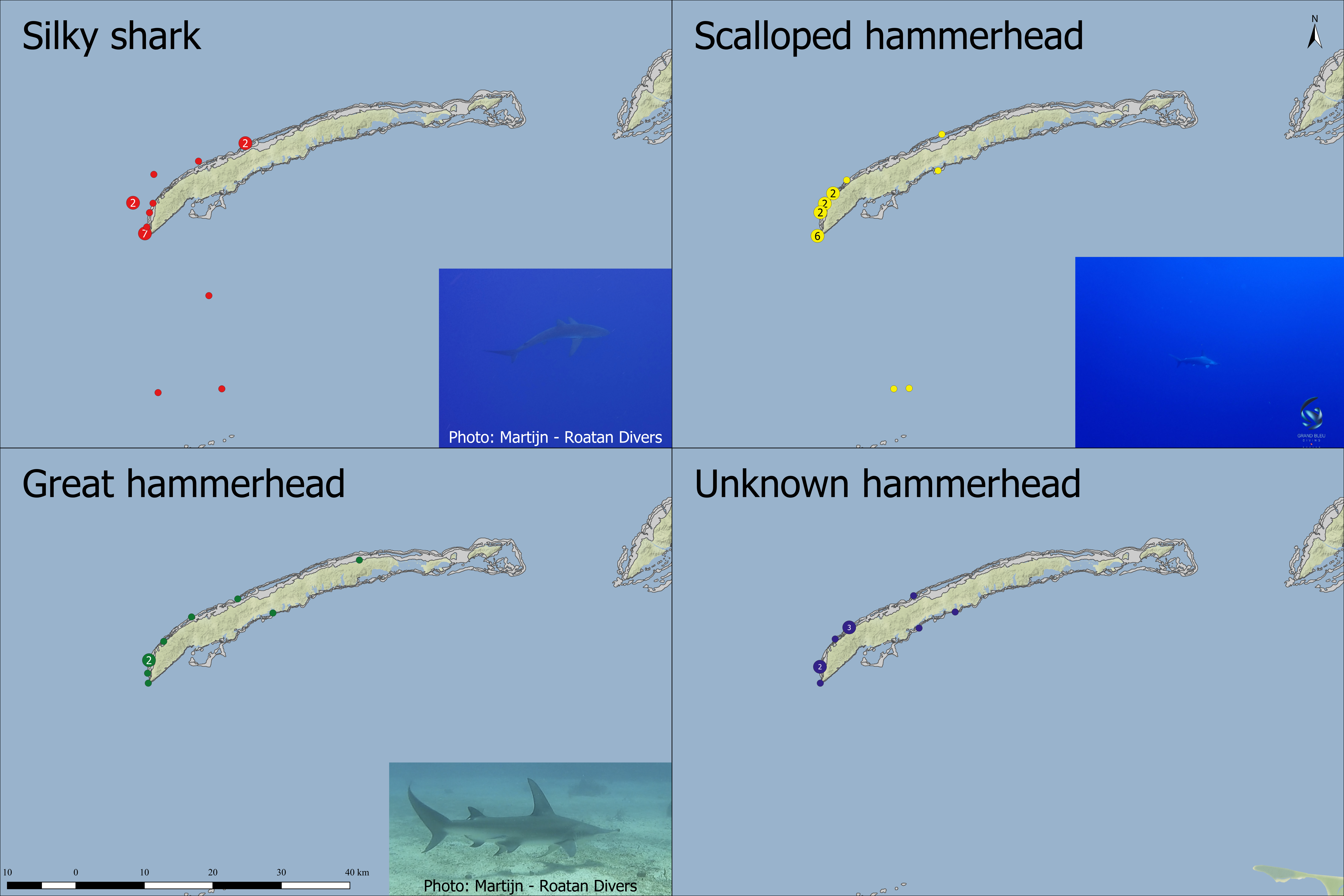 The Roatán International Fishing Tournament is underway and we thought it was a good time to send out an update on our shark sightings. Perhaps we can convince some of the fishers in the tournament to report their sightings. We’ve had several reports using the new RMP sharks page. Please keep reporting!

The maps above show our total sightings (with locations) for silky sharks and scalloped, great and unknown hammerhead sharks. We picked these species as they are some of the most reported species in our database, which now includes 119 sightings from 12 species. We have more sightings on the west end of the island due to there being more diving and fishing activities and, perhaps, more people know that we are collecting shark sightings here. Previous surveys by Gaby Ochoa and MarAlliance have shown larger numbers of sharks on the east end, so we believe we have an example of sampling bias here.

We had an extremely exciting sighting this week – Caroline Power and Nic Bach were snorkeling with pilot whales when they were approached by two oceanic whitetip sharks, Carcharinus lonigmanus. This species is considered critically endangered by the IUCN and was recently listed as threatened under the Endangered Species Act of the USA. In other news from the USA, NOAA Fisheries has released a placard to help fishermen understand the new permit regulations, proper shark identification, and release methods. While the regulations are for the U.S. Caribbean and it does not include all species, the ID guide and release methods are helpful. The placards are available in English and Spanish.

Until next time, please report your sightings!