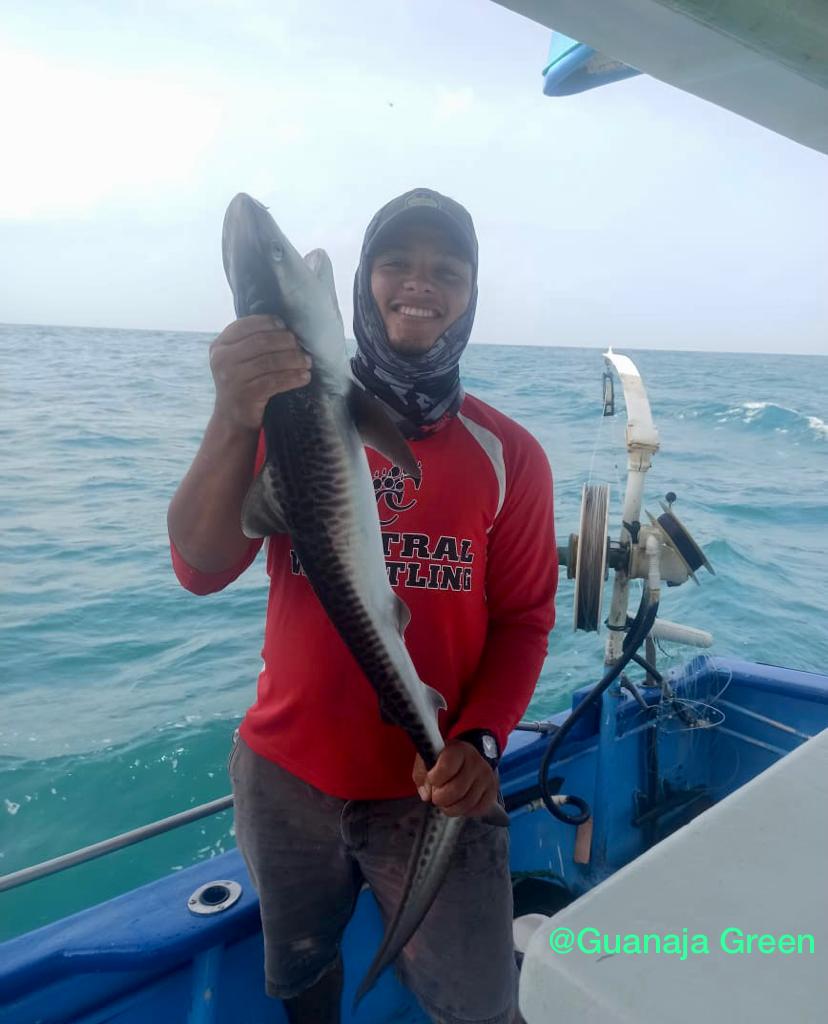 Hi everyone, we can’t believe that it is July already and it is time to put out another update. We’ve had some exciting sightings since the last update. We’ve had reports of four great hammerheads (one in Guanaja and the others from Roatan), a sighting of three oceanic whitetip sharks north of Guanaja, and this adorable juvenile tiger shark (released alive).

The great hammerhead from Guanja was foraging and so was this one from Roatan. Spotted eagle ray is one of the preferred diet options for these magnificent sharks. Ilili and Roatan Marine Park are also collecting sightings of these beautiful rays. You can report your ray sightings here. The oceanic whitetips were checking out a drifting barge.

Karl Stanley has also continued to see many sharks during his recent submarine trips. We hope to add his sightings soon.

Sea Leucas has also been hard at work adding content to this site. We’ve produced some distribution maps for the hammerhead sightings. Check out our Bay Island Shark Sightings page for more details. Our final report has been delayed because we are working on collaborating with the Whale Shark and Ocean Research Center and Utopia Village. Once we have added their sightings to our database, we will begin writing in earnest.

Until next time, keep reporting your sightings!